The Maine Coon has taken the internet by storm, fascinating cat lovers all over the world with its beauty, size, and majestic presence. The demand for such a "big" cat has become increasingly overwhelming.

The Maine Coon cat is the largest breed of a domesticated cat. When fully mature, the average size of a male is 18-22 pounds and 9-13 pounds for a female. Just like people, their shapes and sizes can fall outside of the "average".

While most of my males fall in the average range, I do have one that is way beyond that, weighing in at 29 pounds at 3 years old. (Omega, my solid white Maine Coon). In person, he seems like a mythical creature being the size he is.

Omega isn't the most agile cat. He doesn't jump much and when he does, he's very awkward and clumsy. I'm pretty sure that it's due to his size and weight. It's a lot for him to carry around. I keep a close eye on his heart health and his joint health because of his size. He has sprained his elbow from simply jumping off the cat tree!

As a kitten, there was no way for the breeder, me, or anyone to be able to predict how large he would be. He was the same size as his littermates. In fact, my daughter has his brother and he's 19 pounds.

Educating yourself about what to expect when you buy a Maine Coon kitten is the best thing that you can do. If you're interested in this breed for its mere size, then you're truly missing out on so many other fascinating qualities that they exhibit.

Don't Always Believe What You See on The Internet

What you're about to see might shock you. While it's true that Maine Coons are large cats, the photographs of them can be manipulated in a way to make them seem enormous! For the ordinary person that isn't familiar with this "photography" trick, you're about to discover something new.

The closer something is the camera lens, in comparison with objects int the background, the bigger it appears in the photograph. So you'll see people holding their Maine Coons in a photograph and the cat looks super big! In reality, the cat may be of average size and weight. The appearance is made through the camera lens.

It wasn't easy to hold Omega out like that, but I managed to do it! I counted it as my workout for the day. 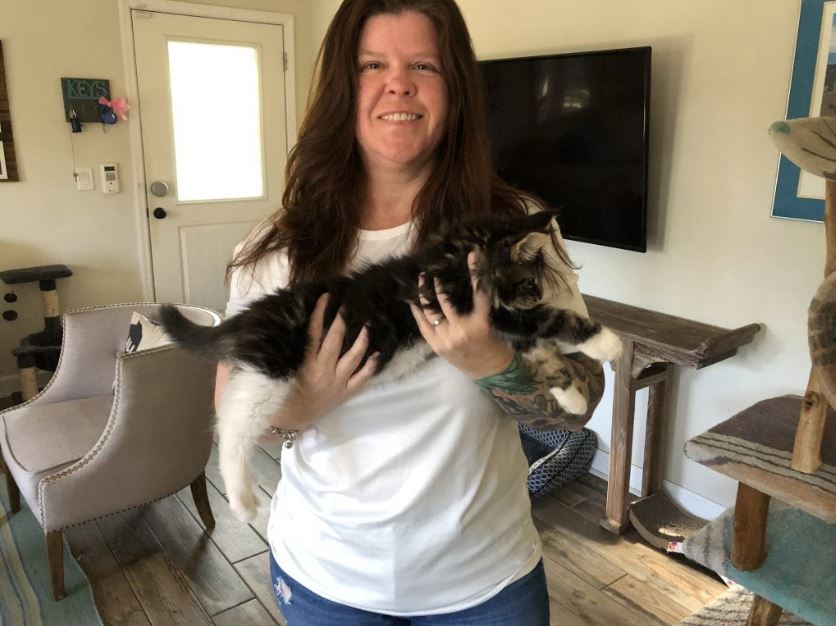 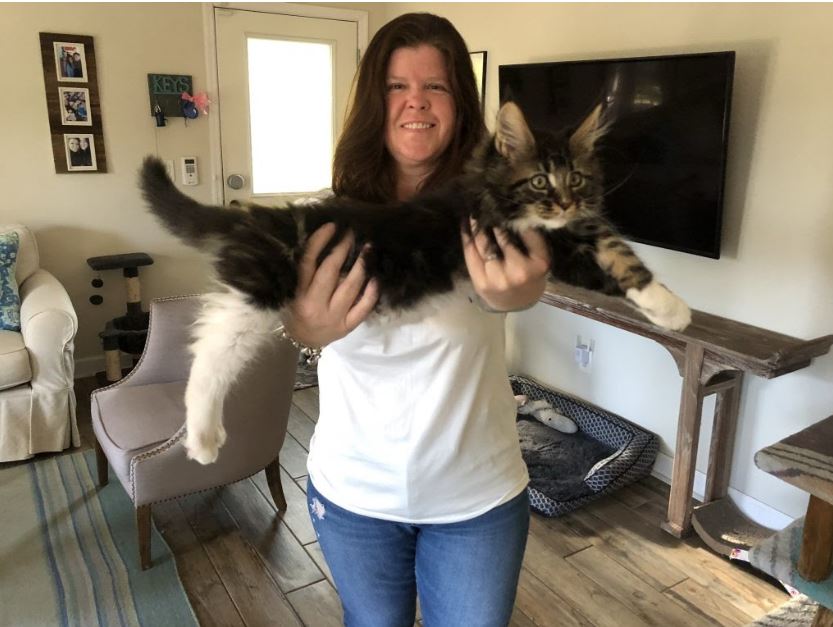 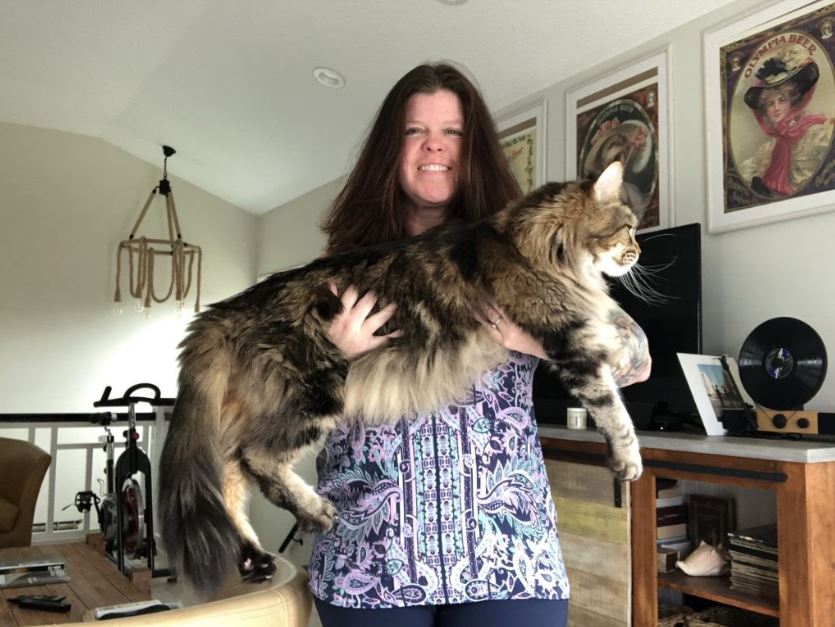 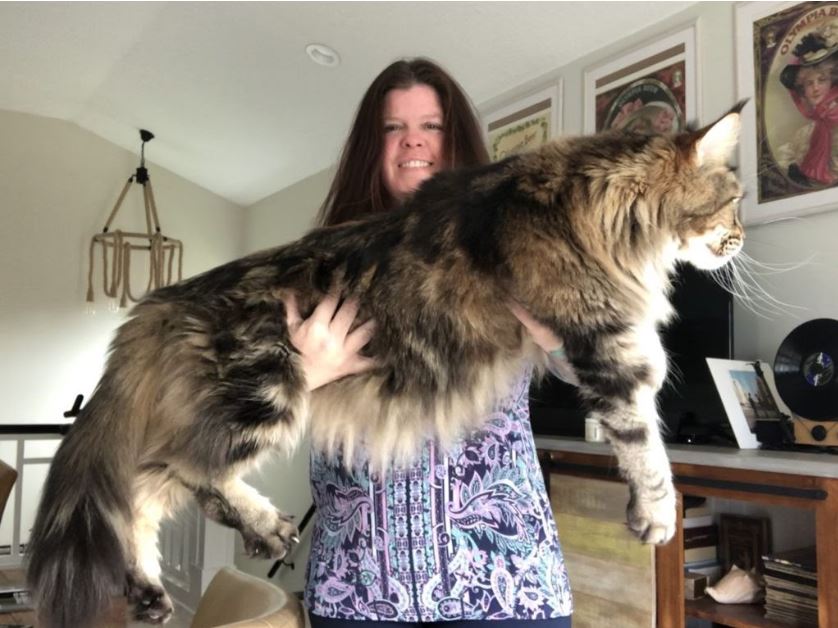 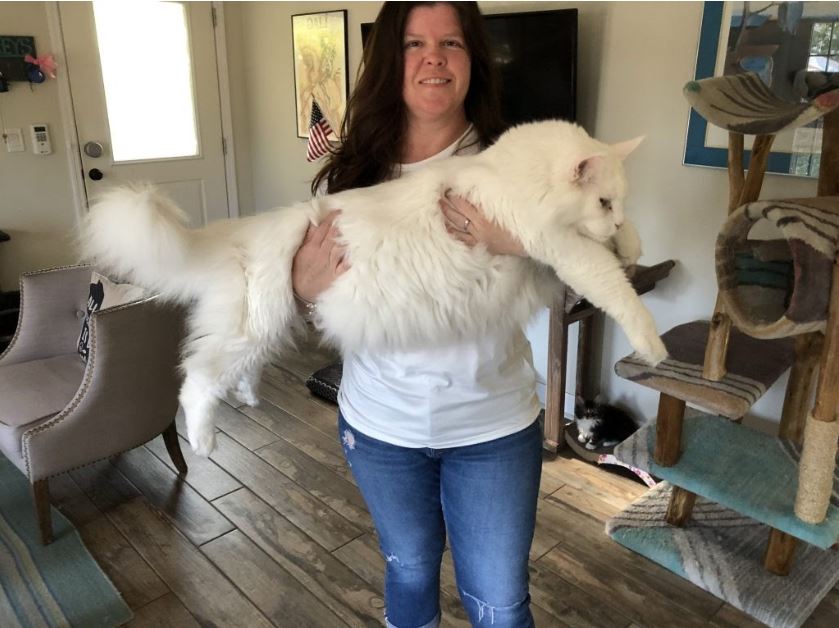 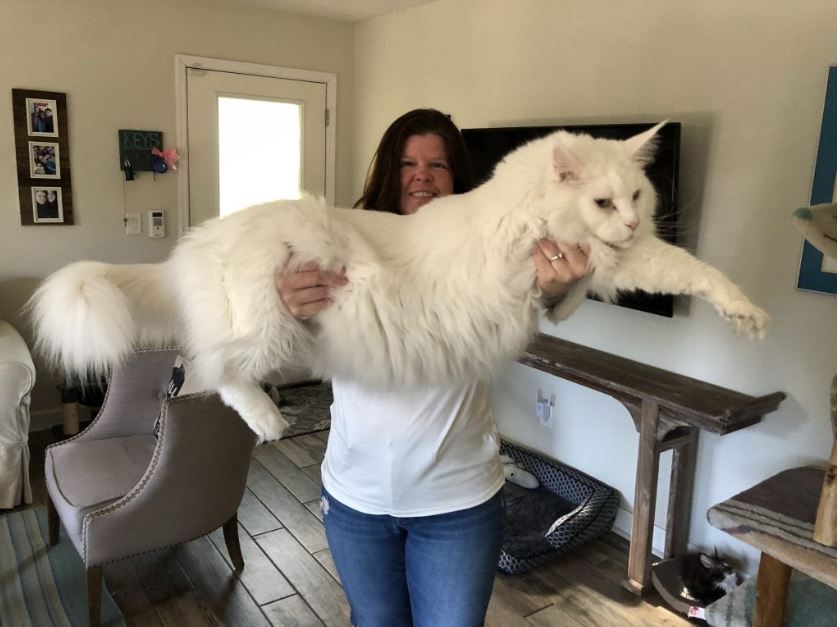 OK well, Omega looks huge any way you look at him. LOL

You Know What They Say...It's Not the Size of the Boat

As always, I like to educate the public about Maine Coons and the topics that surround them. The point of this blog post was to bring awareness to the perception of giant Maine Coons from photographs online.

Personally, I refuse to sell a kitten to anyone who makes the size of their cat a priority. Since there's no way for me to predict how the kitten will turn out once it's fully mature, I don't want to leave anyone disappointed.

I prefer to keep my focus on health, temperament, and meeting the Maine Coon breed standard. I think those three areas are the most important. You may also want to find a Maine Coon breeder that puts health and temperament first.

The Maine Coon breed Standard is shown in the photographs below. There's no mention of any particular size or weight.

If you're looking for the "biggest cat you can find" or a "giant Maine Coon", then you may want to consider a retiree. This way you can already see what they will look like as an adult. Otherwise, take the time to learn more about the Maine Coon other than it's size. It's full of so many wonderful characteristics.